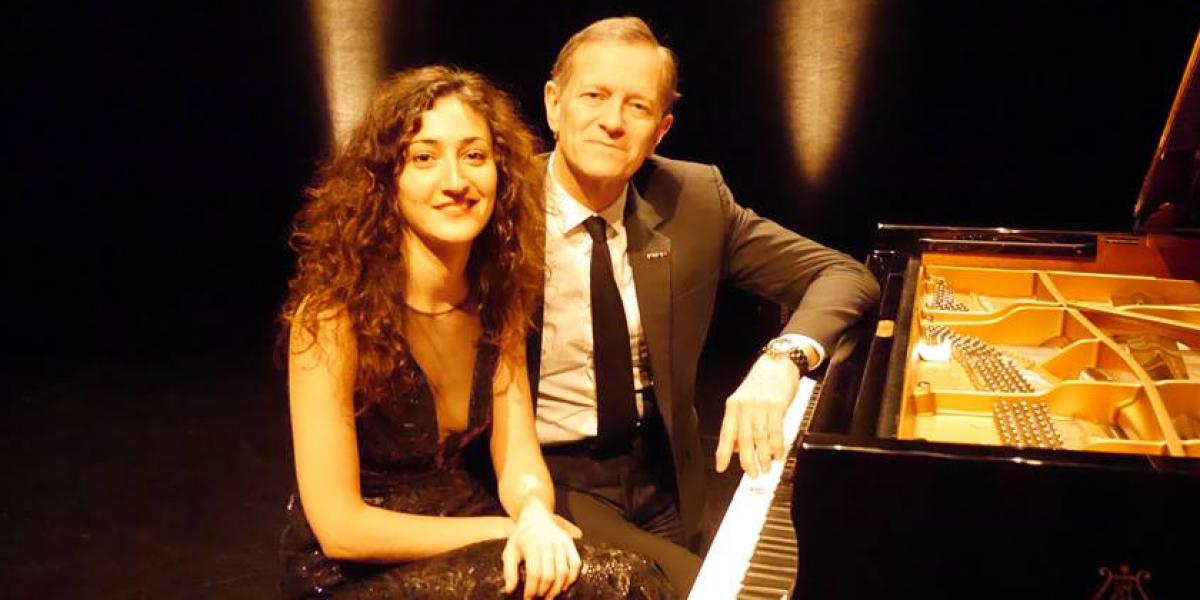 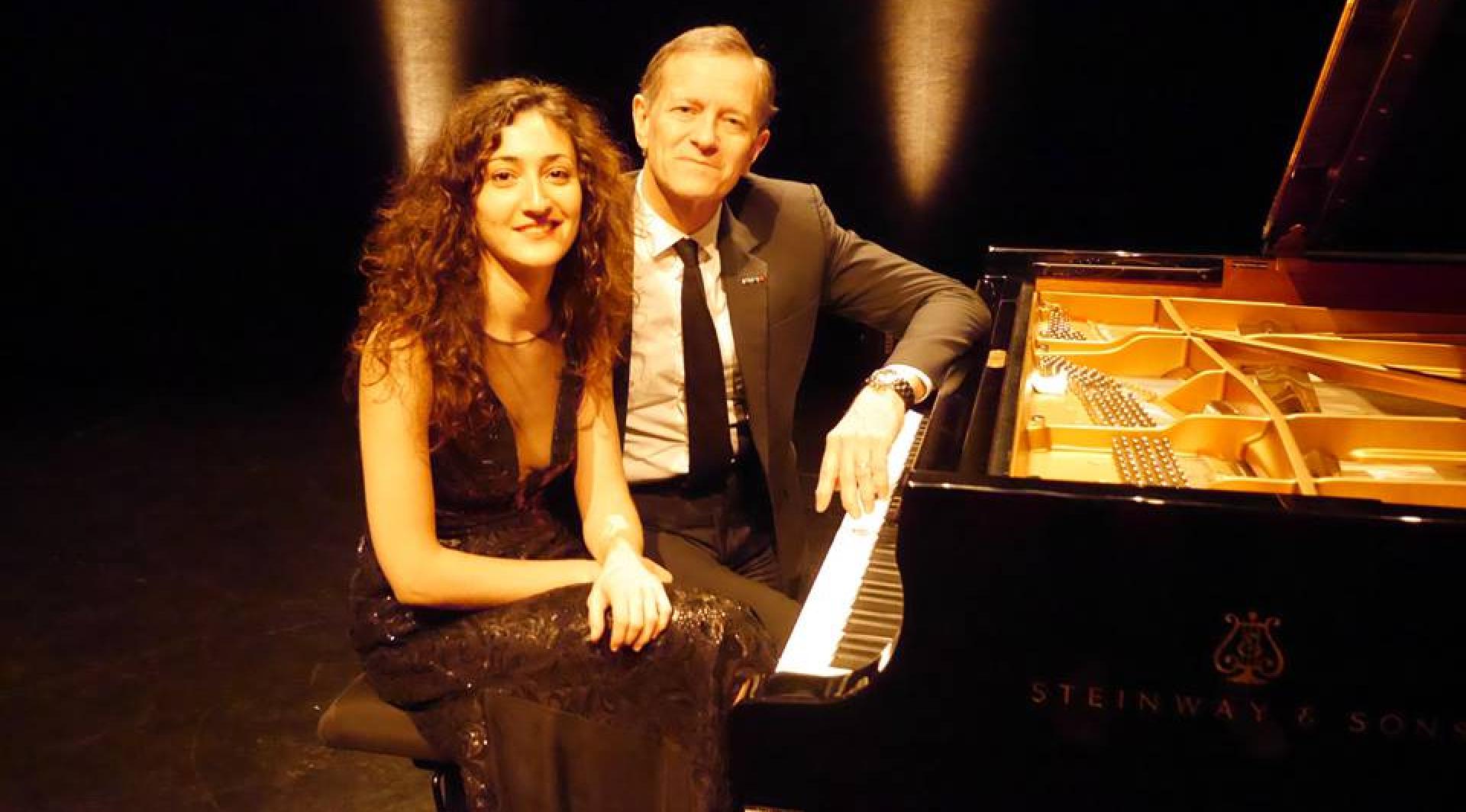 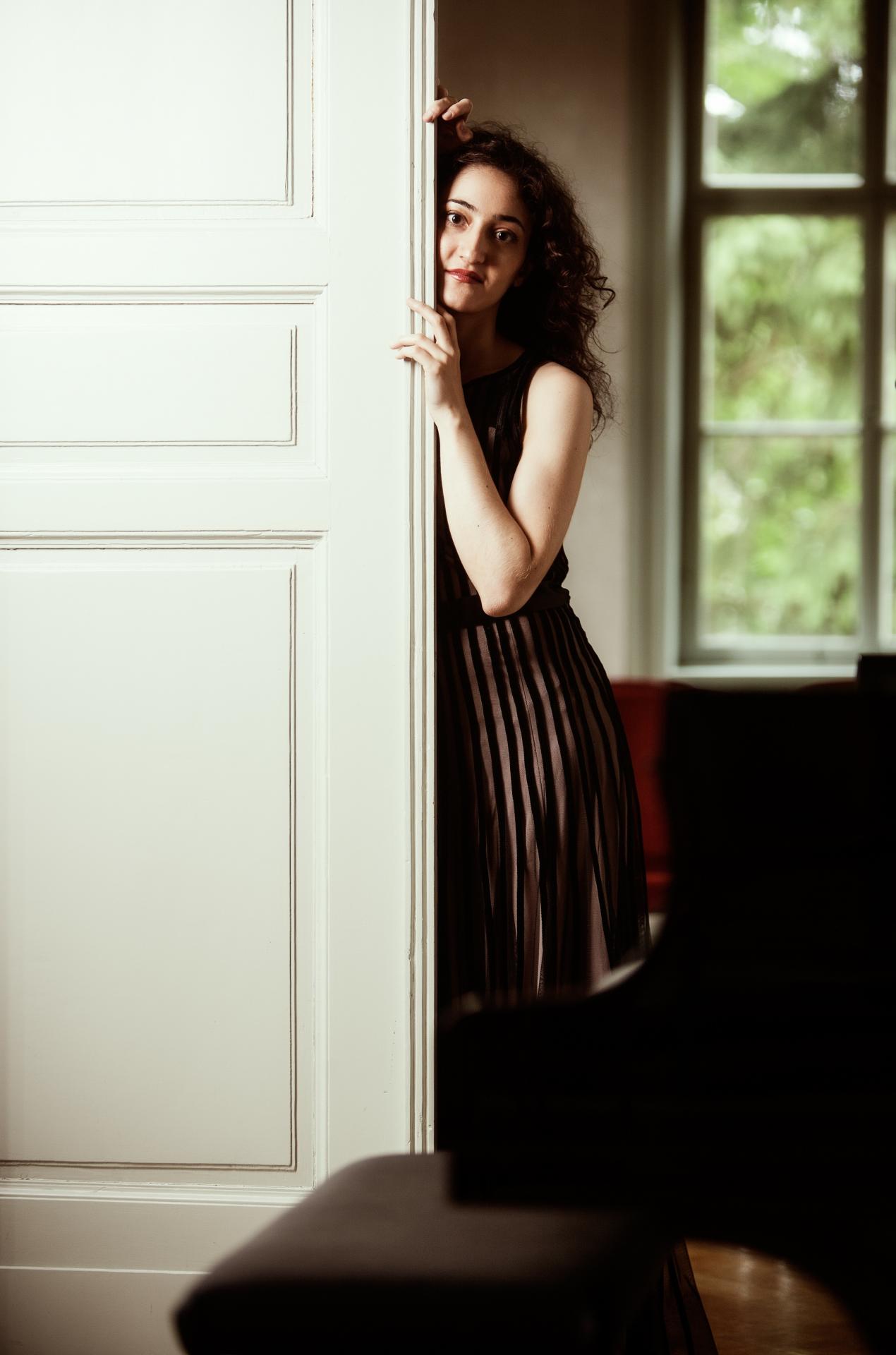 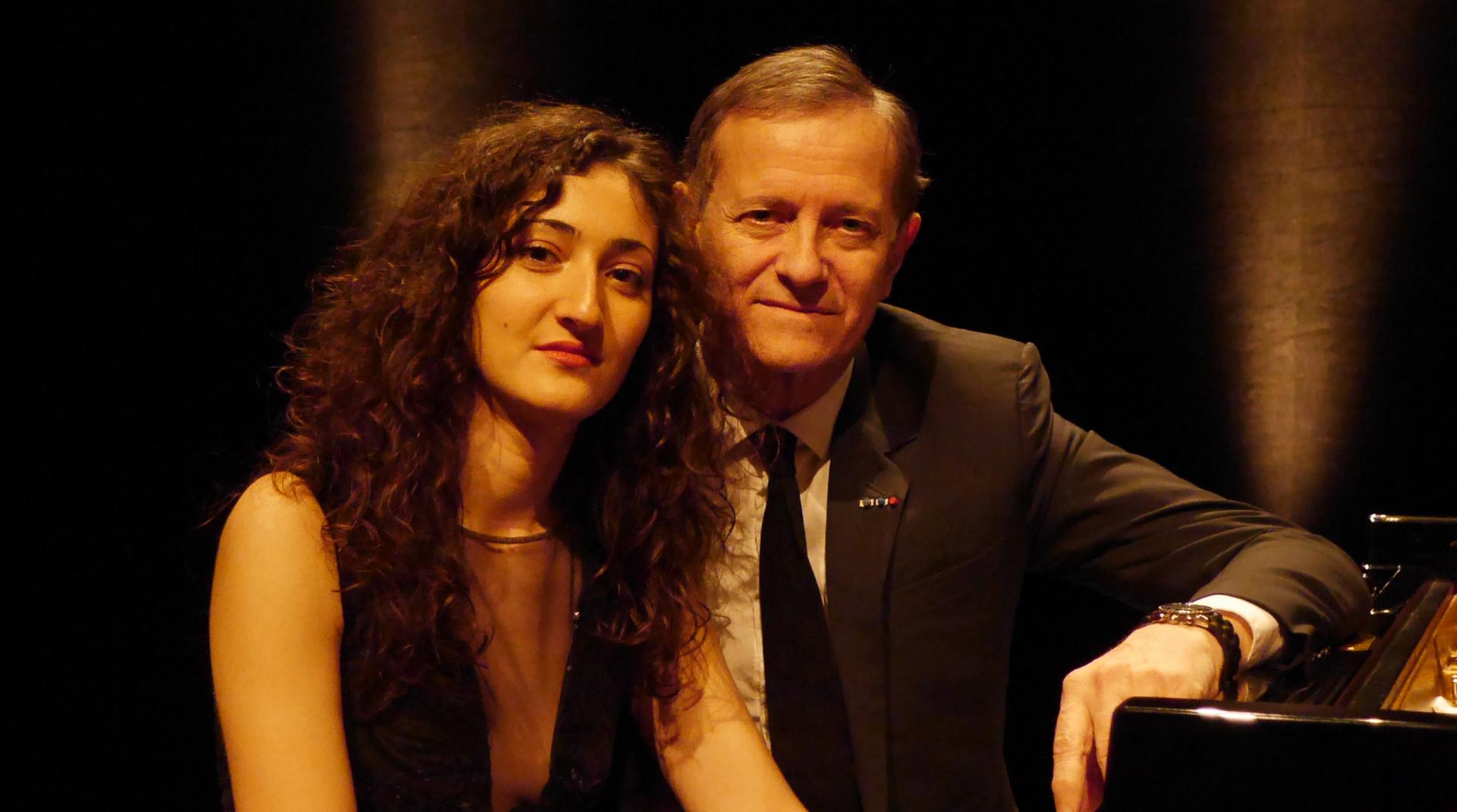 Chopin's ballads, interpreted by Hélène Tysman, respond to the writings of Alfred de Musset, served by Francis Huster.
The public is invited to the double dialogue of two romantic icons but also of two fiery and generous artists, virtuosos in their art. The listeners who already came in large numbers to representations were not mistaken. The gracious and lucid texts of Musset resonate to the solar lyricism of Chopin. The pianist's poetry matches with her interpretation of the comedian's play.

THE TUMULTE OF NOTES (according to the newspaper La Montagne)

The program includes an extract from the stanzas of "La Nuit de la December”. Francis Huster begins his literary recital with this poem, thus echoing the first Ballad, a rather sweet song witha tumult of notes. By voice monochord and solitary, with flexible and colorful fingering, the choir of small church of Châteloy gave all its power. The silence that followed the "forte", the breaks of a disillusioned Octave, by Lorenzo as brutal as disenchanted found in this place all their resonance. The expressiveness of the two artists is revealed by the on a stripped stage, letting the works speak for themselves. The Prelude No. 14 and "The Perdican", tortured and victim of his
expectations which confides: "I suffered often, I was wrong sometimes, but I liked ... ", completed this" Night at Musset ”, warmly applauded.